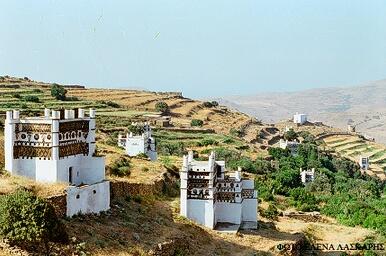 Tinos is believed to have taken its name either from its first inhabitant “Tinos” or from the phoenix “Thanus”. In the ancient times the island was called “Hydrousa” and “Ofiousa” due to plentiful water “hydor” and snakes “ofis”. The protector of the island was Poseidon, and “Tsiknias” the tallest mountain of the island was considered to be the house of “Aeolos”, the God of winds. The people of Tinos fought both in the naval battle of Salamina and the battle of Plateon. During the period that the island was under Athenian authority, the “Pisistration” aqueduct  was built, which was used to provide the city with water until 1934.

During the Byzantium Era, Tinos as well as all Cyclades islands underwent a period of decline. Plagues and epidemic diseases decimated the population. Besides this, the invasion of the Arabs and pirates who ravaged the islands, forced the inhabitants to move to the centre of the island to protect themselves.

In 1207 Tinos came under the command of the Venetians. Tinos and Mykonos were given to the Venetian nobles Andrea and Jeremiah Ghisi. The castle of Exombourgo became the island’s capital. During the 5 centuries of the Venetian Era the island grew financially and spiritually. The famous “pigeon houses” are remains of the specific era.

In 1715 the island came under the command of the Turks. The conditions of surrender are especially honourable and the people of Tinos got to keep many of the privileges and freedoms. Between 1770 and 1774 Tinos as well as the rest of Cyclades islands passed to the Russians. On 31 March 1821 Tinos put up its flag and contributed greatly to the fight against the Turks. On 30 January 1823 the icon of the Virgin Mary was discovered and signals, up to this day, the history and development of the island. The finding of the Holy Icon was considered a good omen for the positive outcome of the revolution and crowds of people started visiting the island.

The island became a spiritual centre of Greece. Craftsmen and marble artists became famous and took part in the building of important monuments in Greece and abroad. That was the period that most famous sculptors and artists of modern history were born. On 15 August 1940, the cruiser “Elly”, which was at the island in order to grant honours to the Church of the Virgin Mary, was torpedoed. This event played a key role in the involvement of Greece in the Second World War.

Tinos today continues to be a religious centre and tourist attraction for thousands of people. “Chora” the island capital has been developed and adapted to the needs of the religious tourism. During the last 20 years there has been great development of the inland and the coastal areas by people who have discovered the rich history, the fantastic scenery and the amazing beaches of the island.